Chico is convinced he's a lap dog. And he's such a love bug, none of us have the heart to tell him otherwise.

That means, I can't work on the couch anymore. I had to find alternatives. I used to have a desk in Craig's office, but I stopped working in there almost two years ago for many, many reasons, not the least of which is I can't concentrate when he has so many meetings. I also have to be downstairs to keep an eye on the animals, so my desk in our bedroom isn't an option. The next logical choice was the built-in desk in the kitchen, but it's usually a dumping ground for everyone.

Yesterday, I cleaned it off so I can use it properly. It looks quite nice now... 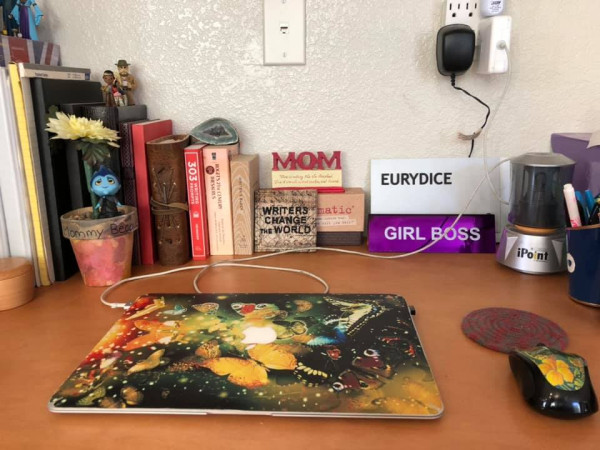 Plus, I have oodles of inspiration... 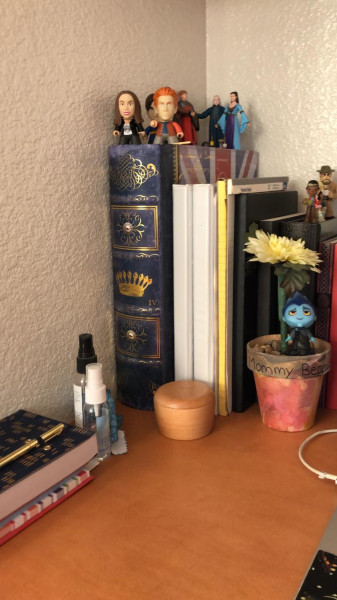 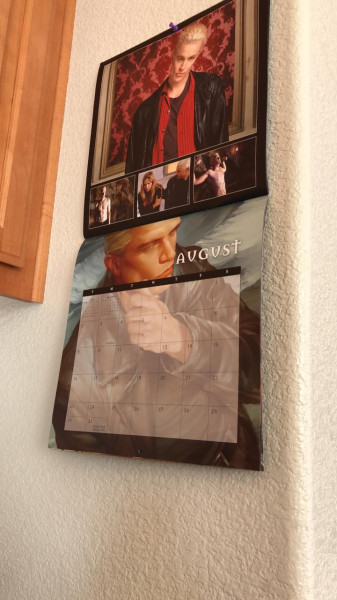 The Eurydice sign is from Craig's old work. Right after we moved to California in '04, his company expanded their space and created new conference rooms. Certain employees were given the chance to name a room. Most people chose their kids' names, but Craig didn't want to play favorites so he chose Eurydice. When they moved the office a few years later, they gave him the nameplate, which is now mine.

I only have one problem with my new desk. I don't have a chair that works for me in this space. The chair that I like to use is too low for the space and can't be adjusted. It messes with my shoulders and gives me a headache. So we're on the lookout for a good chair. Hopefully we find one soon.
Collapse