Day two with Chico: still going well. According to Alex, the two shy cats are currently ensconced in his bedroom, but we've moved food and water up there temporarily so they don't have to venture down if they don't want to. Bruiser, on the other hand, is not nearly as self-sacrificing and cried at us from the cat condo downstairs until we put food and water there for him. He didn't want to move, which meant he got Chico's attention.

Chico got a little too close so Bruiser swatted him on the nose. Chico flattened to the floor so damn fast, we are absolutely not worried about him being an intentional threat. He's just inquisitive and needs to learn when not to stick his nose into business. Bruiser ended up spending most of the day upstairs, but when he did venture down, Chico was smart enough not to do anything rash again.

Alicia and I ran out to pick up a few more bits for him, then had to run Lucy to the vet afterward. The smoke has been aggravating her already sensitive eyes and she's developed conjunctivitis as a result. We've got ointment for her for a week in hopes it helps. The improving air should help, too.

But after that, it was business as usual with Chico. Dinner - which he scarfed down, I have no idea why they said we'd have to coax him to eat because he does it with no problem - then chilling with belly rubs and his new favorite squeaky toy before Craig took him for a walk.

And I know I said no more pictures, but apparently, this is my whole life for the moment, so here:

Chico's idea of heaven: belly rubs and a squeaky toy 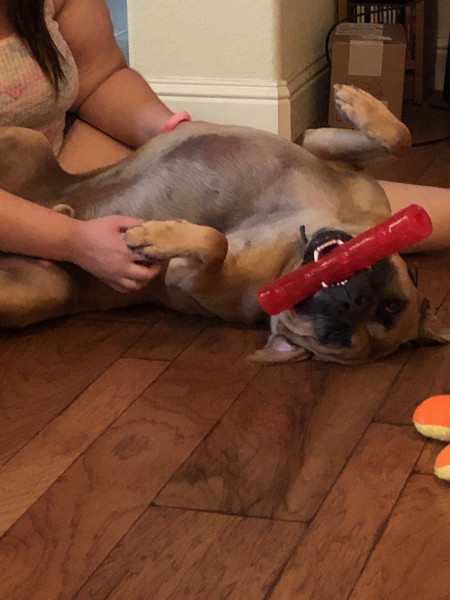 A knackered Chico after his evening walk with Craig 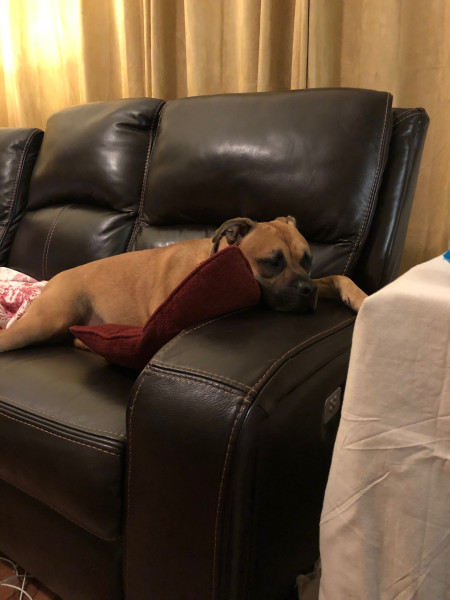