You know, it's probably time for a challenge meme so I'm copying this from

slaymesoftly. I have traveling coming up in April, so it might get a bit broken up, but I'll do my damnedest to do it in 30 days. 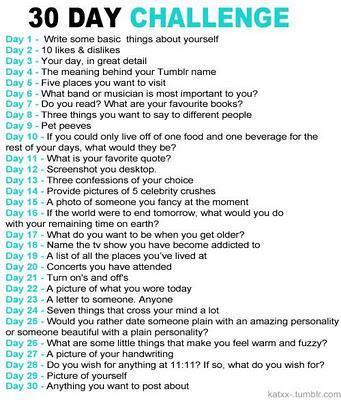 Day 1: Write some basic things about yourself.

Considering how long I've been around LJ, I always assume people know my general life, which is a bad assumption to make since it's changed so much over the years. So here's the basics...

I live in the Bay Area in California with Craig my husband of almost 17 years, our two teenagers (Alicia and Alex, 16 and 14 respectively), our Boston Terrier Lucy, and three cats. I'm originally from the midwest, but met Craig online--who's British--when I was living in Florida and in an abusive marriage. Craig was separated and working in the US, and basically helped me get the strength to finally walk away from that abusive relationship. Craig and I have been together ever since. We got married in the UK (because it was so much easier/cheaper), lived there for five years, then moved to California in 2004 when the kids were little. My degree is in film (though theater was my first love), but I've been writing professionally since 2005, mostly because it allowed me to have a bit of a career while still being home with the kids. I'm a bit of a loner at heart because it's hard for me to trust people, and I tend to be really shy in person unless I know someone or I'm in an environment I'm completely comfortable.
Collapse